As of right now we have fourteen chickens as a total, with eight being over 2 years old, while the other six are only about six months old. We put the younger ones in with the full-growns about a month ago, and the babies have started laying!!! Currently, the younger chickens are laying a little more the the bigger ones, even if the babies’ eggs are still smaller! The pictures below star Henny-Penny (last three), the chicks (pictures 3+4), and Big Bird + Henny-Penny ( pictures 1+2)! 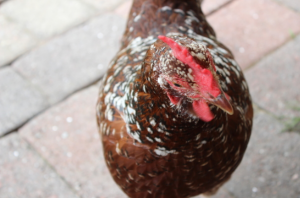 One Reply to “Meet Our Chickens: Part 2”